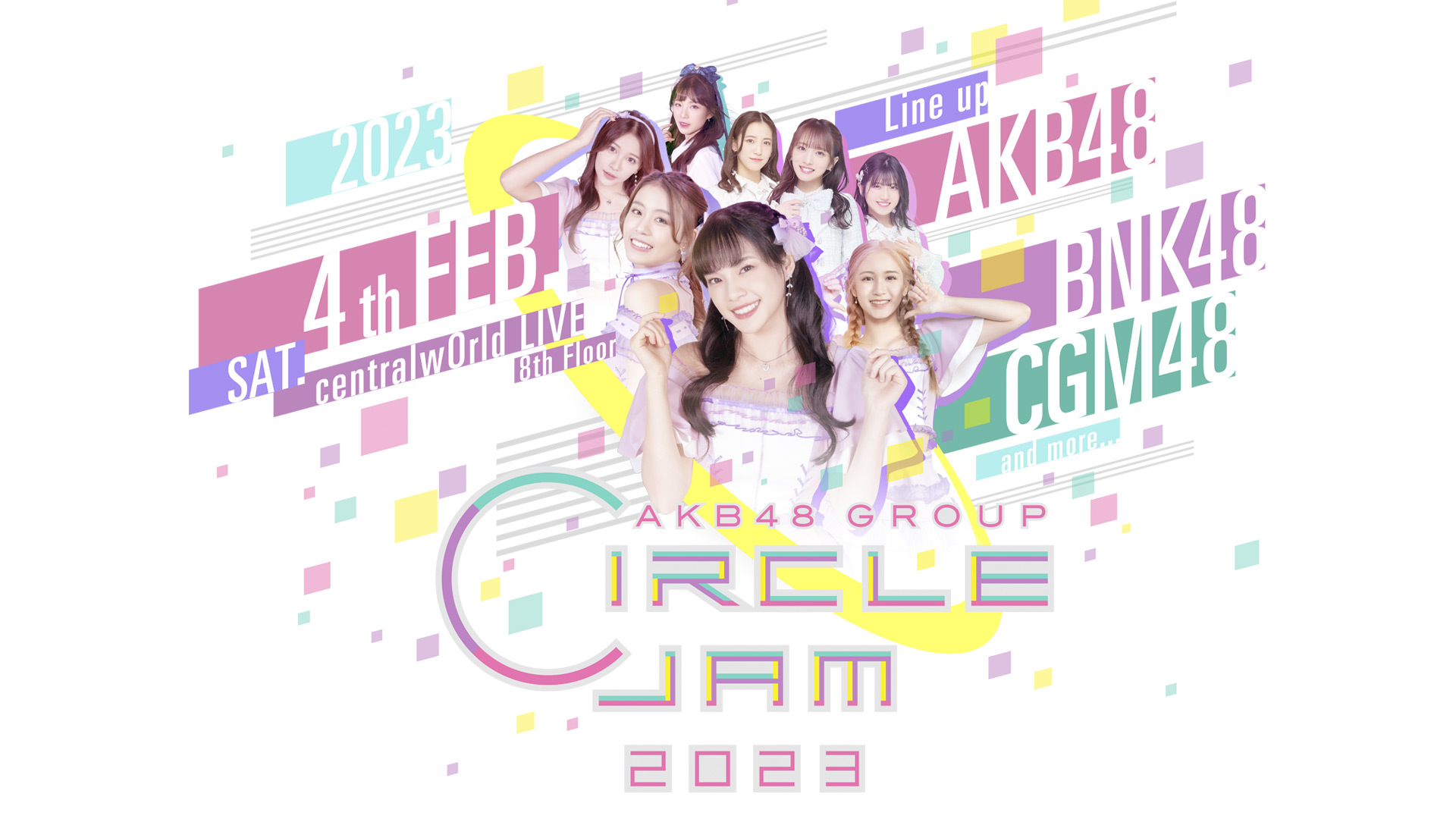 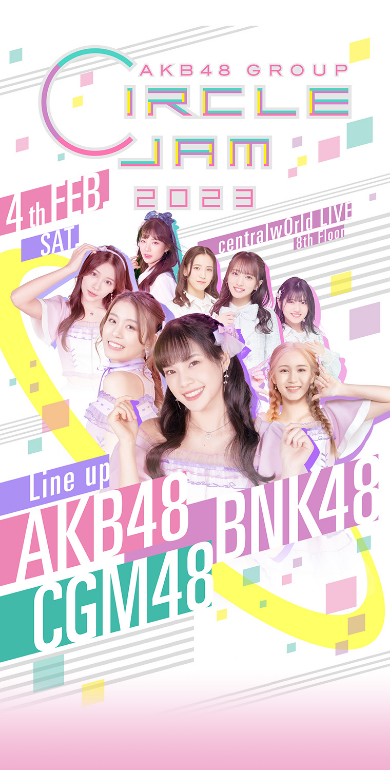 “AKB48 Group CIRCLE JAM”
48 overseas sister groups, members and fans
“Interaction through planning” born from being in the same town, venue, or stage
This event is based on the concept of cultural exchange that incorporates

This time, we will collaborate with the holding area stage of the Japanese cultural event “Japan Expo Thailand” held annually in Bangkok, Thailand.

“AKB48 Group CIRCLE JAM” is an event with a concept of “exchange through collaboration” that is created when overseas 48 sister groups, members, and fans are actually in the same place, at the same venue, and on the same stage.
This year’s event will be held in collaboration with “Japan Expo”, an annual Japanese cultural event held in Bangkok, Thailand.

In 2021, the online festival was held during covid disaster, yet the groups were able to connect with each other through online by using advanced augmented reality (AR) and CG effects, connecting through “the net” allowing many fans to enjoy the event. For the first time among the 48 sister groups overseas, all members were eligible to participate in a project using TikTok.
It was a grand project involving fans of all groups, and the top winner, BNK48 from Bangkok, Thailand, winning the right to host the event “AKB48 Group CIRCLE JAM”, hosting for each group in Bangkok and playing a leading role in the event.
Direction and staging of the event will be designed, with Thai culture as the core, whilst AKB48 from Japan will join for this event. The other sister groups will be selected through a “Planned exchange”. In addition to each group’s performance, special unit performances, game competitions, and fashion shows are also being planned.

“Idols you can meet”
An idol group that started its activities in December 2005.
The concept is “Idols you can meet”, and a major specialty of the AKB48 project is that fans can share the process and joy of the growth of their Idols.

AKB48 have their own “AKB48 Theater” in Akihabara, Tokyo, and perform a daily routine of acts centered on singing and dancing,
as well as media appearances, CD releases, concerts, handshake events, and other interactive events for the fans. The lyricist Yasushi Akimoto is the main producer.

The members are selected from auditions, with entries from all over the country, and currently consist of 5 teams (Teams A, K, B, 4, 8) and underclass students. Currently, 100 members are enrolled in total.

When the single CD is released, the chosen “Senbatsu members” selected from the group members can sing the title song.

41 consecutive singles ranked No 1 and 35 singles reached million-seller hits consecutively.
The total number of single CDs and album CDs sold has exceeded 50 million,
growing consistently and rewrote the history of the Japanese music world one after another, becoming an idol group that represents Japan.

AKB48 has a track record of performing concerts and events not only in Japan
but also in various countries and regions such as New York, Los Angeles, Cannes, Paris, Moscow, Macau, Seoul,
Taipei, Bangkok, Manila, and is popular especially in Asia.

As a sister group of AKB48, SKE48 in Nagoya, NMB48 in Osaka, HKT48 in Fukuoka, NGT48 in Niigata,
and STU48 in the Setouchi area all work under the umbrella of the AKB48 project in Japan.

For overseas, starting with the birth of JKT48 in Jakarta in 2011, BNK48 in Bangkok, MNL48 in Manila, AKB48 TeamSH in Shanghai, AKB48 TeamTP in Taipei, and SGO48 in Ho Chi Minh, CGM48 in Chiang Mai were born one after another.

BNK48 is the sister group of the famous Japanese idol group AKB48, designed around the concept of “idols you can meet”. BNK48 first debuted in Thailand with their title song “Aitakatta” in 2017. Currently(October 2022), BNK48 consists of 54 members. In the release of each new single, a few members will be chosen to perform and promote the song. These members are called “Senbatsu”.

BNK48 also operates in a team structure for their “Theater Stage Team”, where they do most of their performances. Members chosen to perform are part of either the “BIII” or “NV” team, while the rest are considered Trainees. The concept of “Idols You Can Meet” manifests itself in numerous events that allow the fans to meet their favourite idol. Events like these include Theater performance, Digital live studio, Hand-shake Event, 2-shots Event, Hi-touch Event, and many more.

As previously mentioned, BNK48 debuted with the song “Aitakatta”. However, it was their second single, “Koisuru Fortune Cookie”, that boosted them to stardom. The song became an instant hit in 2017 and started a J-Pop idol craze in Thailand. This was mostly accredited to the amazing translation that helped localised the song, as well as the upbeat and danceable tune. The iconic making an “Onigiri rice ball” dance move also went viral online, further cementing BNK48’s fame.

The group is currently Thailand’s No.1 J-Pop idol-inspired group. Some BNK48’s songs are from originals from AKB48, and some are from other sister groups in the “48 group” idol legacy, which are then translated into Thai versions. Apart from these, BNK48 have also released their own original songs, which combine the J-Pop style with Thai musical influences such as incorporating traditional Thai instruments such as “Doddidong”, “Mhokkhob” and “Mon Ruk Jing Rheed”. BNK48’s overwhelming success has led to it being the first ever group outside of Japan to have their own sister group called CGM48, who are based in Chiangmai, Thailand. 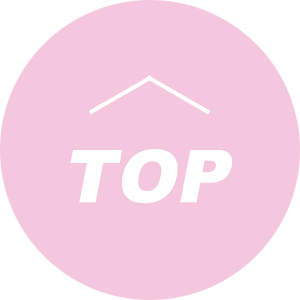 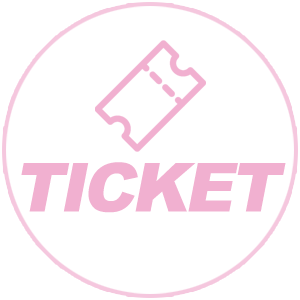